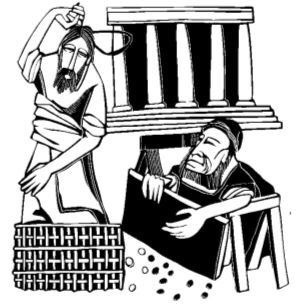 Some days I wonder if our society is too individualistic. Other days I wonder if it’s not individualistic enough. That’s on the days when the herd mentality seems a little too pervasive. People not thinking for themselves but just accepting what authority figures say, even when said authority figures are completely unqualified in the subject under discussion. Christianity, for many, reflects this herd mentality. It is viewed as a conformist community. Christ, however, presents us with a powerful contrast. Of one who so bucked the system that the system sought to crush him, as systems tend to do. The resurrection though, speaks of the system not having the last word. And it’s that which was called good news.