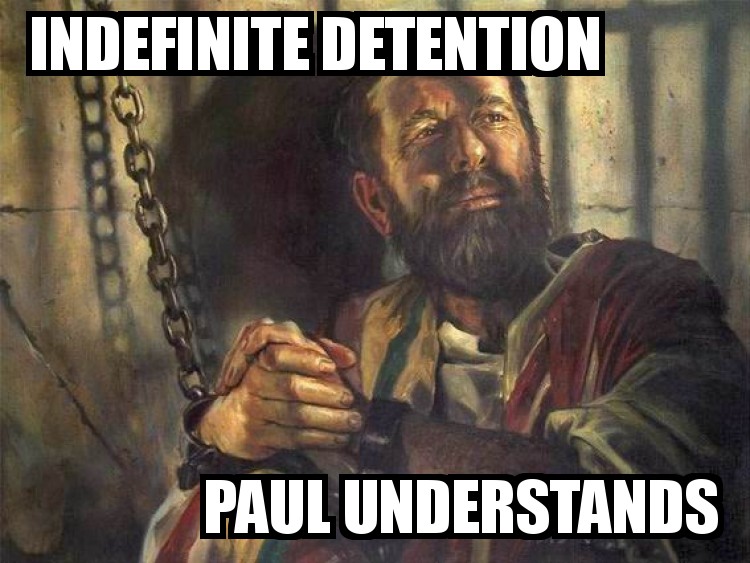 Is locking children in detention a ‘family value’?

Normally I ignore mass circulation emails but when it comes to the unjust asylum seeker policies of the Howard Government … well … let’s just say this is one issue that rises above the info haze and makes me sit up and pay attention.

This is one of two messages I received from justice minded friends today:

I’ve just taken part in this national campaign to keep children out of detention centres when they come to Australia seeking asylum.

As a community, Australians decided it was wrong to keep children behind razor wire, but now the Howard Government is promising Indonesia it will change our laws and send all asylum-seekers who arrive via boat into detention offshore.

Politicians from all parties, including 10 from the Government’s Coalition, have expressed serious concerns and opposition to this legislation, but the Prime Minister is still trying to push it through. Now it’s crucial that politicians hear from all of us that Australians don’t want these laws.

Over 70,000 Australians have already put their name to the petition. Can you add your name to protect children today?

There is expected to be concerted pressure applied to the 10 whom are holding out within the government. I don’t care whom you traditionally vote for, Labour or Liberal, National or Green, these conservatives need our support.

The Spirit of the Lord is on me,
because he has anointed me
to preach good news to the poor.
He has sent me to proclaim freedom for the prisoners
and recovery of sight for the blind,
to release the oppressed,
to proclaim the year of the Lord’s favour.