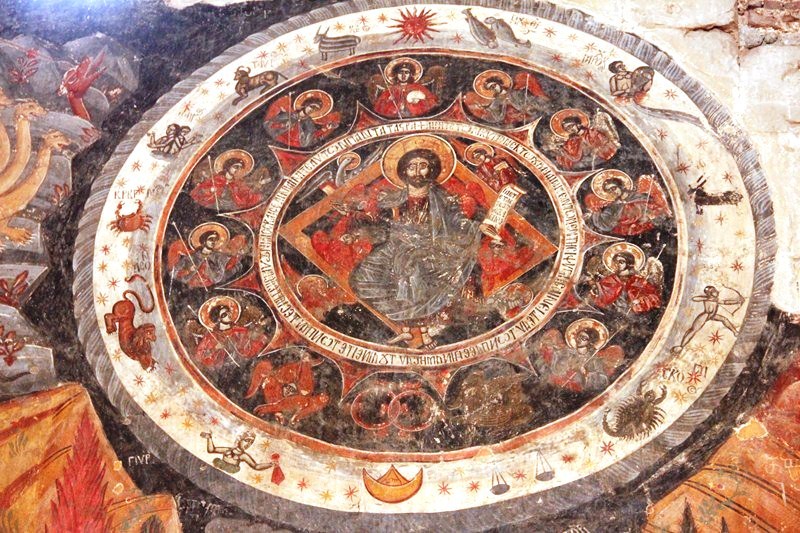 I am thinking this could be a very interesting image to introduce into conversations about Christianity and astrology. I found it at paradisoastrology.com along with these comments:

“In the Middle Ages and Renaissance, there was a standard palette of astrological images that are used throughout the period, girding and expanding on their views on astrology. One of my favourite images is of the ceiling of a church in Croatia. As it should be, the central image is that of Christ enthroned as the King of Heaven. His size and centrality shows his place in the world. He’s in a circular orb, the circle being a sign of perfection, surrounded by saints. To the left, and I assume to the right if the mural weren’t so damaged are the familiar signs of the zodiac. I talk more about this image on a discussion on religion and astrology. In this philosophy, astrology is part of the traditional Christian religion, though it’s place is off to the side of the living heart of the faith, which is Jesus. He’s the centre of the circle, the singular point that all are drawn to and defined by. The Sun and Moon, stars, the signs of the zodiac are all there, but only as part of His creation. Their place is to show his divine Providence in the creation as a sign of his wisdom and power.”

One thought on “Christian Zodiac”