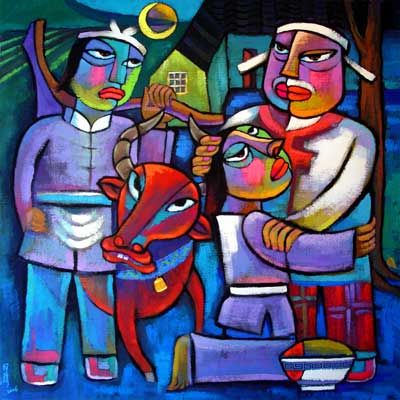 Well actually I think it would look a lot more like the ethics of Jesus, who, after all, lived his whole life in the near east. In the “Dao, the Truth and the Life,” Christian thinker Mark Allen Dejong writes, “In both/and thought, opposites are seen as complementary and coexistent; there is no room for the enmity between the one and the other as in the logic of either/or—such logic is based on the flawed assumption that the one can exist in isolation.”

Consider exploring the Jesus parable of the two lost sons through this lens. In the parable the younger son is the more progressive, licentious of the two. However, by the end of the parable it is clear that the older brother, the more conservative, legalistic of the two, is just as lost in his own way. Neither law breaking, nor law keeping, lead to life. The perceptive one recognises these paths as complementary and coexistent reflections of one another. The yin and yang of ethics. What we need however, is a way, a Dao, that transcends them both. This is what Jesus offers us through this parable, in the figure of the father. A love and life that transcends both law breaking and law keeping.

NB: The above illustration of the prodigal son story is by Chinese Christian artist He Qi

One thought on “The yin and yang of Christian ethics”