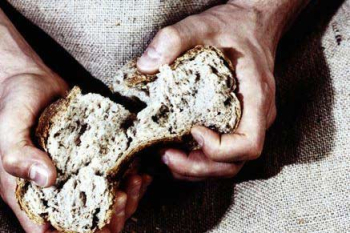 As a moderator of the The Christian-Muslim Interfaith Bridge it shouldn’t be any surprise that I’m interested in how we practically practice (yes, I know I’m verging on tautology) reconciliation between Muslims and Christians. Recently I came across these comments in Peace-Building by, between, and beyond Muslims and Evangelical Christians by Mohammed Abu-Nimer and David Augsburger (Editors):

“There are a wide range of forgiveness practices and rituals in both religious communities. Some are similar, perhaps parallel; others unique in character and practice. In their description of rituals of reconciliation, you Irani and Funk (2001, P. 187) portray the powerful rituals of sulh (settlement), musalaha (reconciliation), musalaha (exchange of handshakes), and mumalaha (breaking bread together) that demonstrate forgiveness and further reconciliation with the language of bitter coffee shared and broken bread together. Each group possesses a vocabulary and a set of practices that facilitate the offering and reception remorse, repentance, and a desire to return to relationship and reconciliation. Dialogue on the nature of these practices and their unique strengths to resolve injury is a central task of interfaith conversation on peacemaking.”

The mention of breaking bread resonated with me deeply given I take Acts 2 as a pretty good description of authentic Christian community:

They devoted themselves to the apostles’ teaching and to fellowship, to the breaking of bread and to prayer. Everyone was filled with awe at the many wonders and signs performed by the apostles. All the believers were together and had everything in common. They sold property and possessions to give to anyone who had need. Every day they continued to meet together in the temple courts. They broke bread in their homes and ate together with glad and sincere hearts, praising God and enjoying the favor of all the people. And the Lord added to their number daily those who were being saved.

Breaking bread isn’t a practice that should just be practiced with people we are already reconciled with. It can be an act of reconciliation in itself.