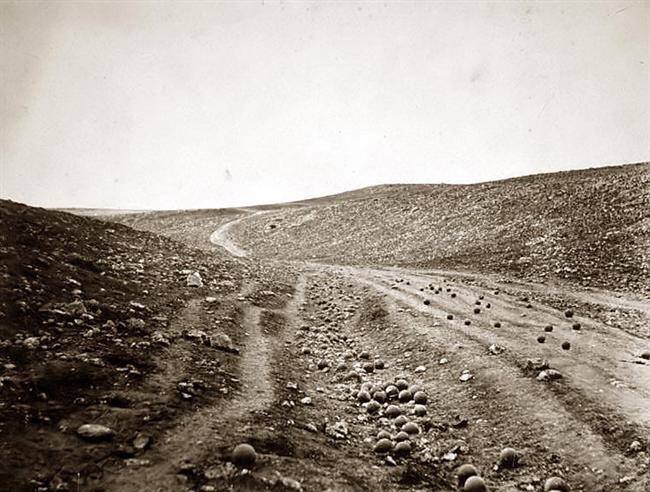 Valley of the Shadow of Death is a photograph by Roger Fenton, taken on April 23, 1855, during the Crimean War. It is one of the most well-known images of war.

Fenton observed, “in coming to a ravine called the valley of death, the sight passed all imagination: round shot and shell lay like a stream at the bottom of the hollow all the way down, you could not walk without treading upon them.”