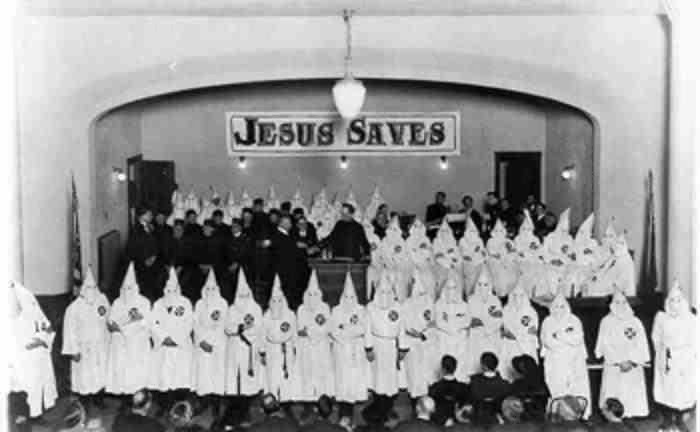 I am starting to wonder if the reason so many white Christians are in denial about the rising tide of racism in conservative Christianity is because they’re expecting that, if racism ever comes their way, it’s going to take the form of active justification for racism, and they don’t see much of that going on. But in real life the creeping corruption more often comes in the form of passive accomodation of racism. And such sins are harder to spot.

Overtly racist theologies do exist of course. Readings of the curse of Ham that reframe the curse in terms of skin colour rather than slavery are common within white supremacist circles for instance. It would be a mistake however for white Christians to conclude that, because they don’t espouse such misreadings, they’re in the clear.

Because most racists don’t wear white hoods and espouse openly racist theology. The more subtle but insidious ways racism more often makes headway in churches is through theological accomodation. How is this achieved? Through playing down and filtering out aspects of the tradition that might pose troubling questions or practical challenges for racists.

The most common method I’ve observed, and it’s one with a long heritage, is abstraction. Downplay the Jewishness of Jesus and that’s one major hurdle for NeoNazi’s overcome right there. Preach and sing about God’s love in wonderfully vague terms that are removed from the concrete realities Jesus faced in his life and we can more easily avoid the cognitive dissonance of hating refugees at the same time. Skip from the birth of Jesus to his death and resurrection and we can avoid all those socially challenging things he did and said during his life. Keep Jesus abstract, don’t face him in his particularity, and you won’t have to wrestle so much with issues of diversity.

A white supremacist Jesus is often an abstract Jesus, a decontextualised Jesus, and that is one of the red flags we should be looking for.