Nataraja is a well known sculptural symbol in India and popularly used as a symbol of Indian culture. It depicts the Hindu god Shiva as the cosmic dancer and the Sanskrit word actually translates as Lord of Dancers. His dance is called Tandavam or Nadanta, depending on the context and the pose and artwork is described in many Hindu texts such as the Anshumadbhed agama and Uttarakamika agama. This dance relief or idol is featured in all major Hindu temples of Shaivism, though you will often see it in Indian restaurants and elsewhere. Here’s what the image actually means: 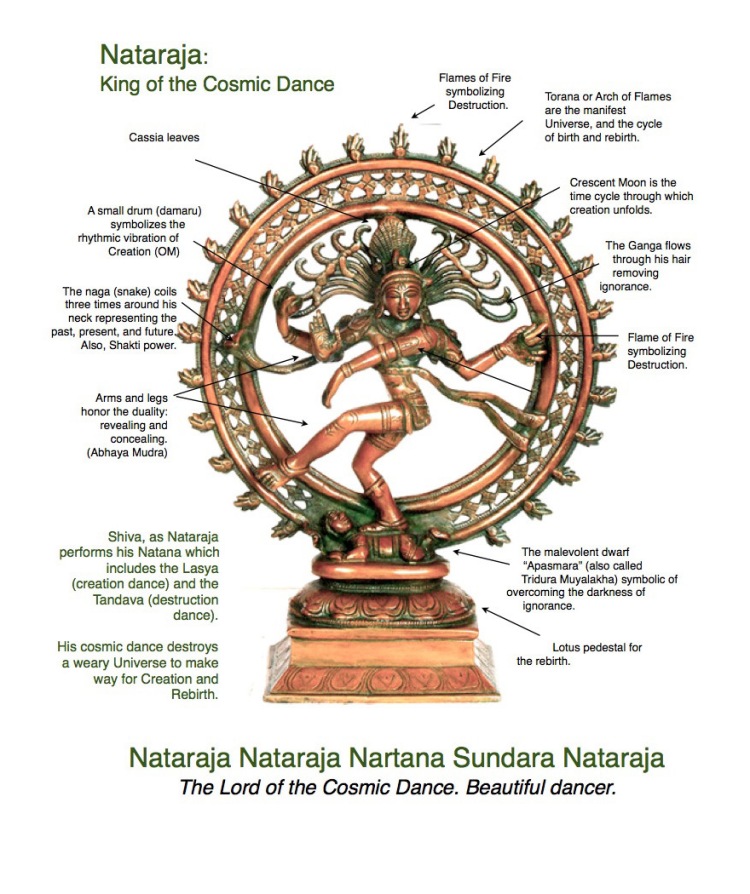