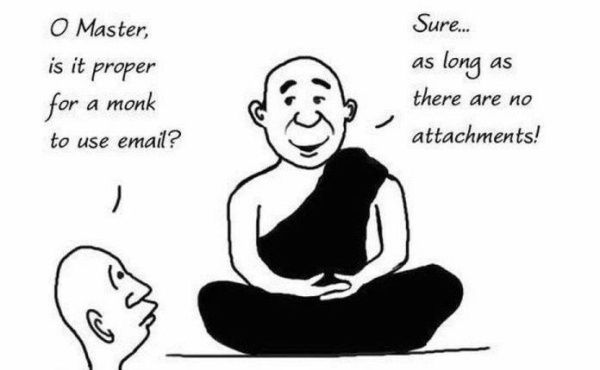 Monk: O Master, is it proper for a monk to use email?

Master: Sure, as long as there are no attachments!