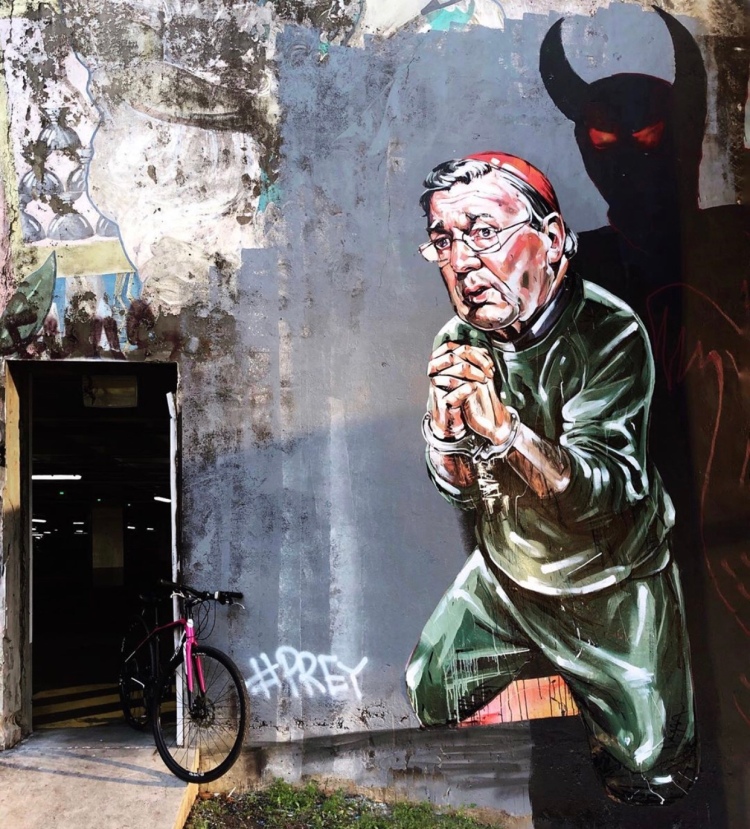 A mural featuring former Australian Catholic Archbishop George Pell in handcuffs and prison clothes, praying with a demonic figure leaning in over his shoulder, was removed this week because of complaints that it was ‘offensive’.

Really?! That’s what people find offensive? What I find offensive are the crimes George Pell was convicted of: child sexual abuse!

The artist, Scott Marsh, says he was disappointed to hear his mural of the convicted child sex offender George Pell had been painted over, but he wasn’t surprised.

The mural was located about 50 metres from St Mary’s Cathedral where Pell formerly conducted mass.